Moving to Mastodon: I actually like it better (Updated!)

Mastodon feels like the 2007 Internet -- it's exciting and hasn't been plagued by SEO-gaming websites and "a group of five websites, each consisting of screenshots of text from the other four."

Initially, I was pretty gutted by the sale of Twitter but now I see that what I was afraid of losing connections with my friends. Fortunately, most of those friends are moving on to Mastodon and I can still stay in touch! I'm hoping this post will convince you to join, too.

If you're not on Mastodon yet or signed up and felt overwhelmed, I get it. I first signed up with Mastodon in 2017. I logged in, felt overwhelmed and bailed until now where I had to learn it out of necessity. But now I understand Mastodon and I actually like it way more than sites like fb and twitter. And it has a very similar look and feel.

The first thing that really caught my attention was the ability to filter by topic! Awesome! No more #politics or #sports in my feed. And no more limit on the number of filters I can add (not that I'll need them now that I have group filtering).

Also, you can easily unfollow stale accounts. Twitter always made that so hard. Speaking of following, I ONLY EVER SAW A SMALL PORTION of the people I followed! Mastodon doesn't use an algorithm, so you just get the whole firehose of posts from the people you follow. Exactly what I've wanted for years.

Other upsides nowadays is that the people I want to see from Twitter are slowly making their way to Mastodon. How do I know? I use this online tool called Fedifinder that scrapes the profiles of people who follow me and who I follow on Twitter. I'm even finding accounts like Ethics in Bricks have migrated. 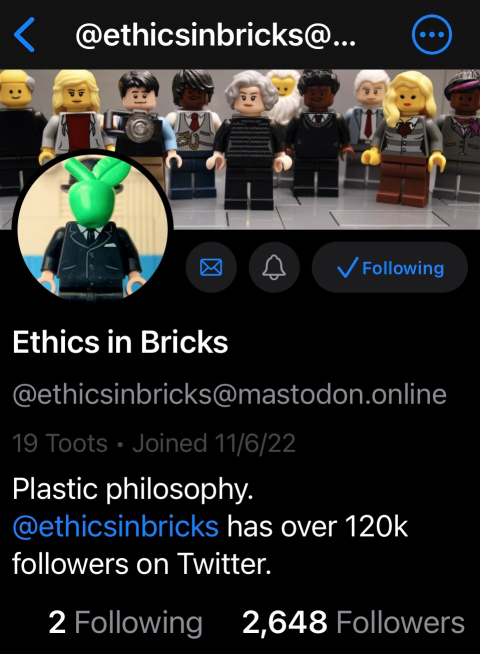 I also like how you can enable a feature that divides up notifications. So you can see just follows, just likes, just replies, etc. 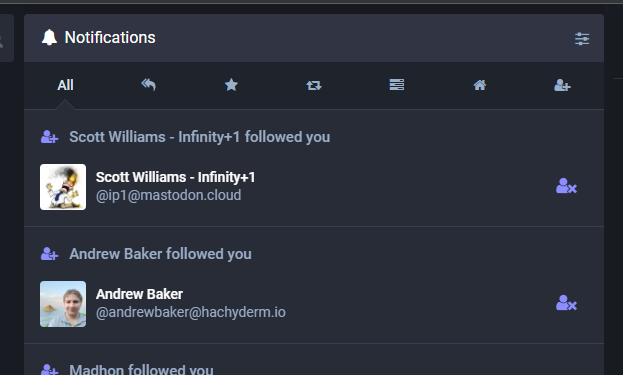 If you've ever wanted to add a note to remind yourself why you followed someone, you can do that too.

So, unlike Twitter, there's not just one place to create your account. You'll only create one account but you can sign up to any server. Figuring out which server to join is not a big commitment because you can always migrate to a new server AND you can still see everyone else's posts because the servers are joined up to the "fediverse". Here are the servers that seem popular with my tech friends:

A server is like your local neighborhood. There will be a tab on the server site or on your phone app that says "local" and that's everyone in your neighborhood, whether you follow them or not. 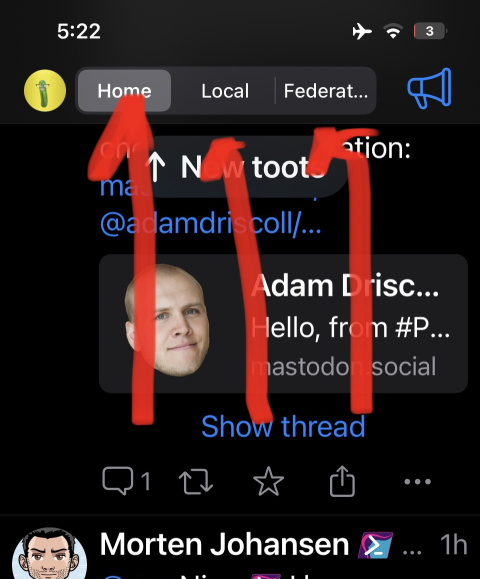 My server is tech.lgbt, so when I click that home tab, it's a bunch of LGBT (and allies) tech people, sometimes talking about tech, sometimes other stuff. dbatools is on fosstodon.org and that has more of a focus on tech and less on other stuff.

I used to use Metatext on my iPhone but then I bought Toot! for $4 and like it better. Both are great though.

Oh, and look at this other upside! No frikken tracking. 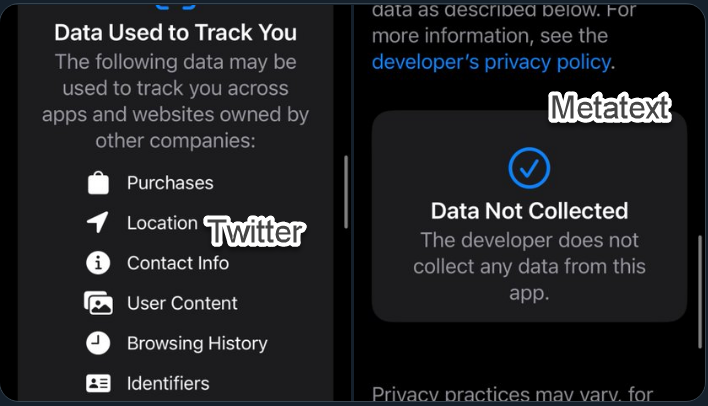 I don't use Android but I heard that Tusky was a good client. Both the iPhone and Android's native Mastodon apps are reported to "lack features" so I skipped trying it and went right for Metatext and Toot.

One downside is that searching is nearly impossible :( Another downside is that following people can be painful, depending on the app you're using. I figure all of this will get better as more big brains and funding join Mastodon.

Also, the server admin has absolute control over the whole server and your DMs can be seen, similar to the way Twitter employees and bulletin board owners can see your DMs. Consider all of that not public but not private.

Speaking of private, when you're DMing, if you mention someone with an @, it will bring them into your conversation and they can see the message where they were mentioned (but not the history)! So consider a DM more of a non-public thread. From what I read in the infosec.exchange neighborhood, the community will be working on making DMs more secure, including adding end-to-end encryption.

If you need help getting started on Mastodon, have a look a fedi.tips. fedi.tips is a helpful website written in non-technical language, basically a beginner's guide. They have a great FAQ. 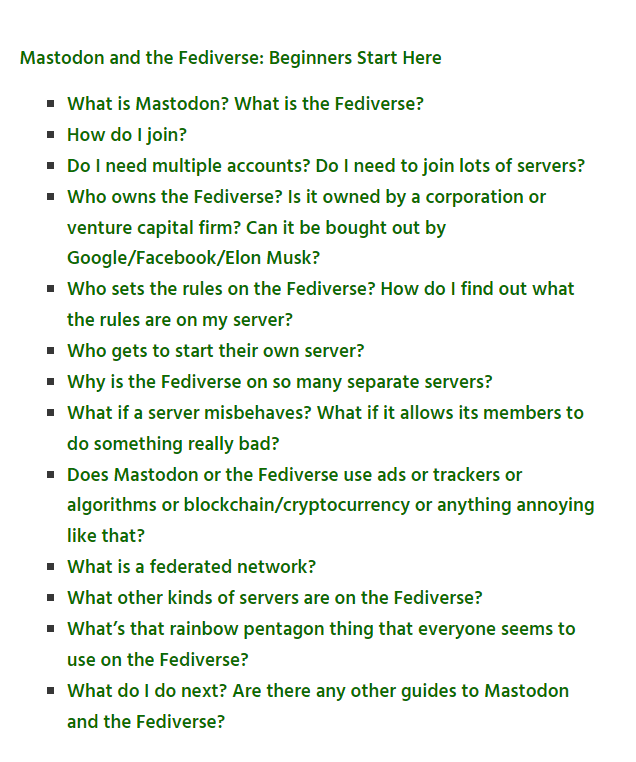 Just a couple quick answers: Do I need multiple accounts? No. Do I need to join lots of servers? No. Can mastodon be bought out by Google/Facebook/Elon Musk? No.

If so, go to Preferences → Appearance and click "Enable advanced web interface" 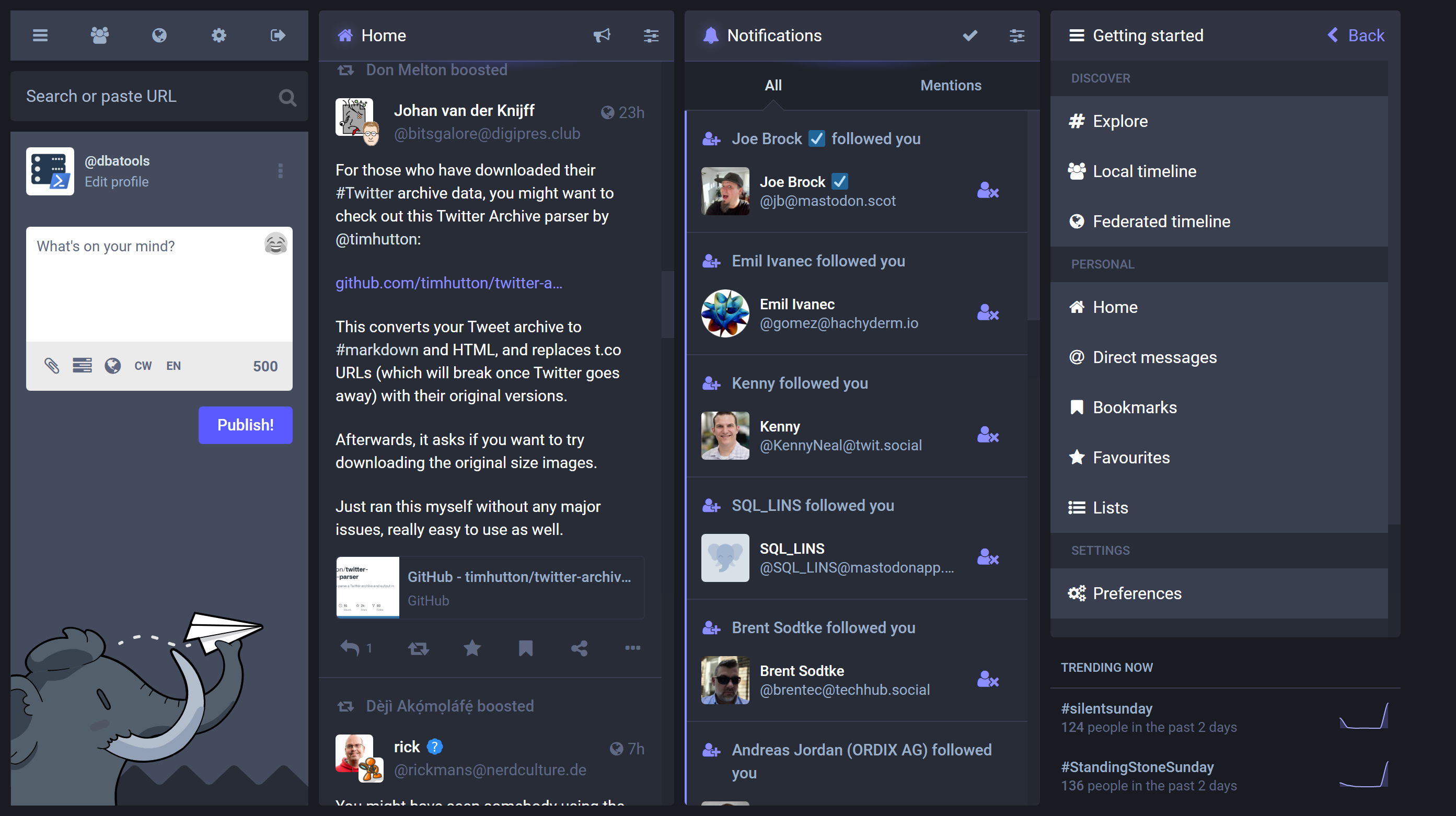 What goes in the Mastodon profile metadata?

What goes in the Mastodon profile metadata? 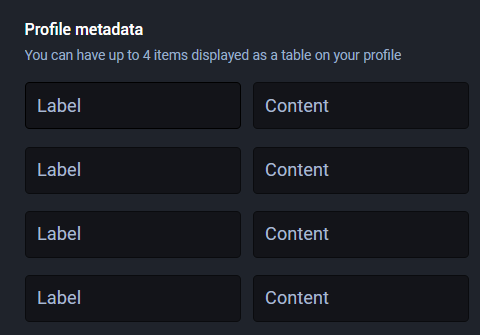 Whatever you want 😊 Think of it like quick facts. I linked my blog, GitHub, dbatools and Twitter (for now). Others have added the Languages they speak, pronouns or location. 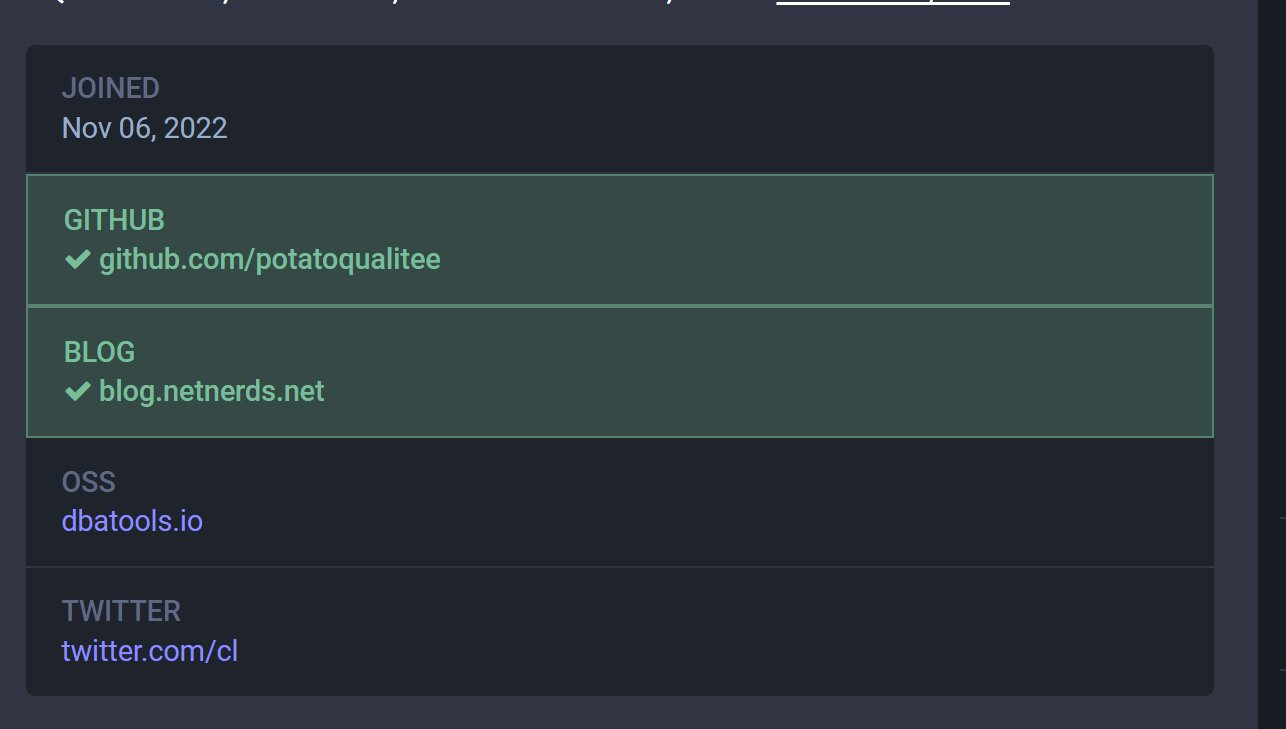 You can see that I also verified my blog and my GitHub (as highlighted in green)! How? I added my Mastodon address (https://tech.lgbt/@cl) to my GitHub bio as my blog link. Adding to my README.md did not work, but looks like Justin Bird also figured out how to do it using GitHub Pages.

Verifying my blog was a bit easier, pretty much any tutorial will do (you just add a link to your site). The verification info must exist when Mastodon checks or it won't show up green. If you did it out of order, no problem, just delete the entry and re-add.

Got a domain and want to own your social media identity without having to run a Mastodon server? Just alias your current account 🤩 Now you can follow me at [email protected] too and I wrote a post on how to do it.

Hope this guide helps! And if you end up joining, add me. I'm @[email protected] and dbatools is @[email protected]. I also created an automated thing that generates lists of people for you to follow in the SQL Server and PowerShell communities.

Also, if you do join Mastodon, make sure to put your handle in your Twitter bio so that other people can find you.

PS. I first started out on counter.social but found that it was too restrictive. It's not connected to the fediverse and they charge for things that other servers don't (like DMs and API access). I can't even figure out a way to make it not look like Tweetdeck so it seems they took some features away. Ultimately, while I was there once, I won't be using it any longer.

Now available in bookstores and amazon 🥳 Buy it at manning.com for 50% off with code bldbatools50

Find me on Mastodon